With the arrival of summer also comes the arrival of a couple very destructive pests: June bugs and Japanese beetles. While very similar and often confused, June bugs are brownish, nocturnal insects, while Japanese beetles are a shiny green and active during the day. In their larval stage as grubs, these pests feast on turf roots. As adult beetles, they focus on the foliage and fruit of over 400 plant species. After emerging from lawns in late June and July, Japanese beetles start to chow down. They have a tendency to cluster in big groups on some plants more than others, and they can completely skeletonize a plant in no time. 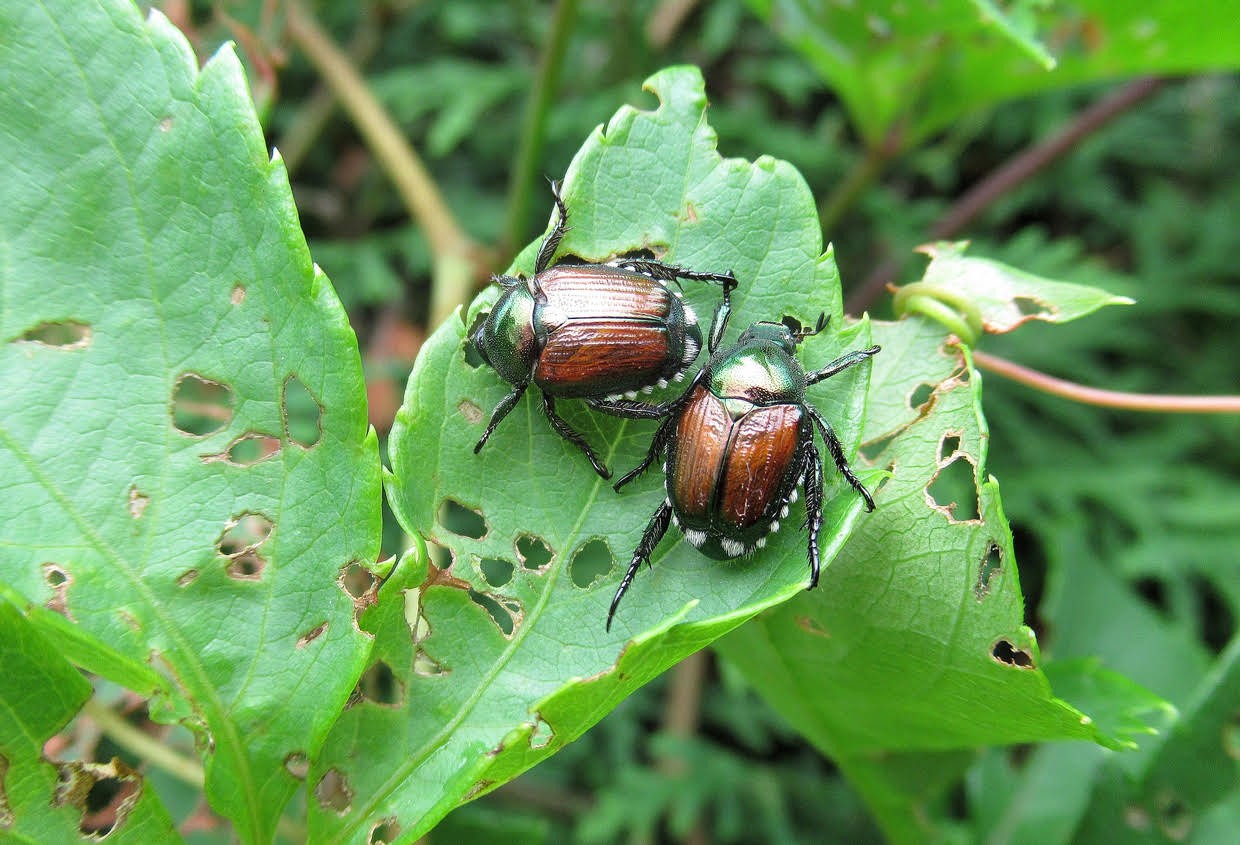 Studies show that Japanese beetles cluster due to sex pheromones they release that attract other beetles. An easy way to prevent major feeding damage is to remove the first few beetles you see in your landscape by hand. Don't worry; they won't bite! This will prevent them from releasing pheromones and attracting more beetles, reducing feeding damage considerably.

These unwelcome summer guests can spell disaster for your landscaping. If you suspect that your plants are falling prey to these bugs, give AgroPro a call, and we will check it out!